Antonio Jose presents his new album “Antidoto”, which song and official video “Me equivocare” was advanced last September 27th as a hint of the artist’s most international project so far.

Miami, Los Angeles, Bogota, Buenos Aires, Madrid and Barcelona have witnessed the entire album’s creative process, clearly his most international and definitive one to support his presentation in America.

For the last few months Antonio Jose has astoundingly kicked off his career abroad, achieving a sold out at La Trastienda (Argentina) in only six months. Before that, a tour throughout Portugal with Diogo Picarra, offering finally two solo gigs for more than 5000 people.

Antonio Jose has wanted to record an international album, and to do so, he has counted with the help of other artists, composers and producers from different countries. Mauricio Rengifo & Andres Torres, with whom he wrote and produced the first single, Mando and Nabalez, David Santisteban, Jova, Tat Tons, Pablo Valda, Luis Salazar, Rec, Gale, Stevie Marcs, Andres Saavedra or Pitizion… are some of the professionals involved in the creation of his new work.

Moreover, some relevant dates for promotion have been already closed in Ecuador, Colombia and Peru, as well as new dates for the tour in Argentina and Chile. After that and back in Spain, Antonio Jose will begin a new and amazing tour, the “Antidoto Tour”, which will take him in 2020 to his natural environment, the stage and his fans. 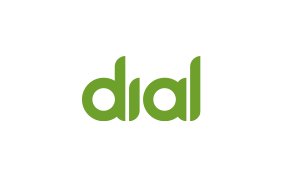